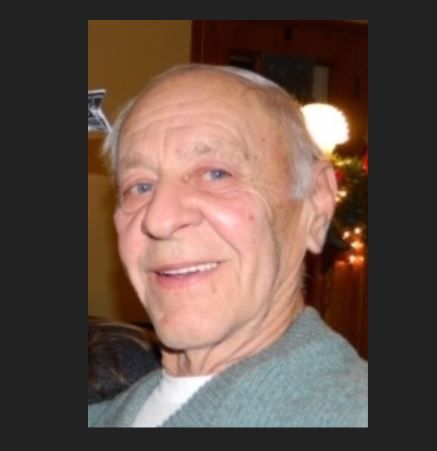 Albert J. Macko, 89, of Mount Pleasant, loving husband, devoted son, beloved brother and uncle returned home to his Lord on February 10, 2020. Albert was a son born to the late Andrew and Mary Borza Macko of Greensburg. A 1949 graduate of Greensburg High School, Albert was a Army Veteran of the Korean War attaining the rank of Sergeant. From 1951-55 he was a member of the Army Signal Corp. Morse Code, sent to fields with detection suitcases to monitor people and send encrypted messages. He was employed by PPG Industries, Greensburg in the production department, retiring in 1993. Albert was a member of the former Transfiguration Roman Catholic Church and the Transfiguration of Our Lord Polish National Catholic Church, Mt. Pleasant; he was also a member of VFW Post 3368. In 1956, he married his sweetheart, the late Regina A. Yanuck, of Mt. Pleasant, in the Transfiguration Roman Catholic Church, Mount Pleasant, and returned home with her to the Mt. Joy countryside they loved so dearly. Albert along with Regina, became founding members of the Transfiguration of Our Lord Polish National Catholic Church, Mt. Pleasant. Jeannie and Al enjoyed gardening, mowing his field, frequent trips to the ocean, polka dancing, beer and pizza at Lobingers, quiet times and good laughs together on the back porch, and caring for family members and joyfully sharing their zest for life with three generations of nieces and nephews. Albert is survived by nieces and nephews, Mark, Ted, Alan and Bruce Lewandowski; Andrea Shea, Rachelle Stauffer, Bill Shea and Rudolph Yanuck; brother-in-law, Andrew Shea, sisters-in- law Carolyn Yanuck Harrold (Elmer) and Carolyn Wojak Yanuck; and fourteen great nieces, nephews and two great-great nephews. In addition to his parents, Albert was preceded in death by his wife of 55 years, Regina, and a sister, Dolores Lewandowski. Visitation for family and friends will be held from 2 to 4 and 6 to 8PM Wednesday SALOOM -REGA FUNERAL SERVICE, INC 730 W. MAIN STREET MOUNT PLEASANT. Albert's funeral mass will be held at 10 am Thursday at the Transfiguration of Our Lord Polish National Catholic Church 353 Bridgeport Street Mount Pleasant. Interment will follow in the Transfiguration Cemetery, Mt. Pleasant. In lieu of flowers, memorial gifts may be made to the Transfiguration of Our Lord Polish National Catholic Church, PO Box 826, Mount Pleasant, PA 15666. Please visit Albert's memorial at www.saloom-rega.com sign the condolence guestbook. Richard Rega, Funeral Director.
To order memorial trees or send flowers to the family in memory of Albert J. Macko, please visit our flower store.