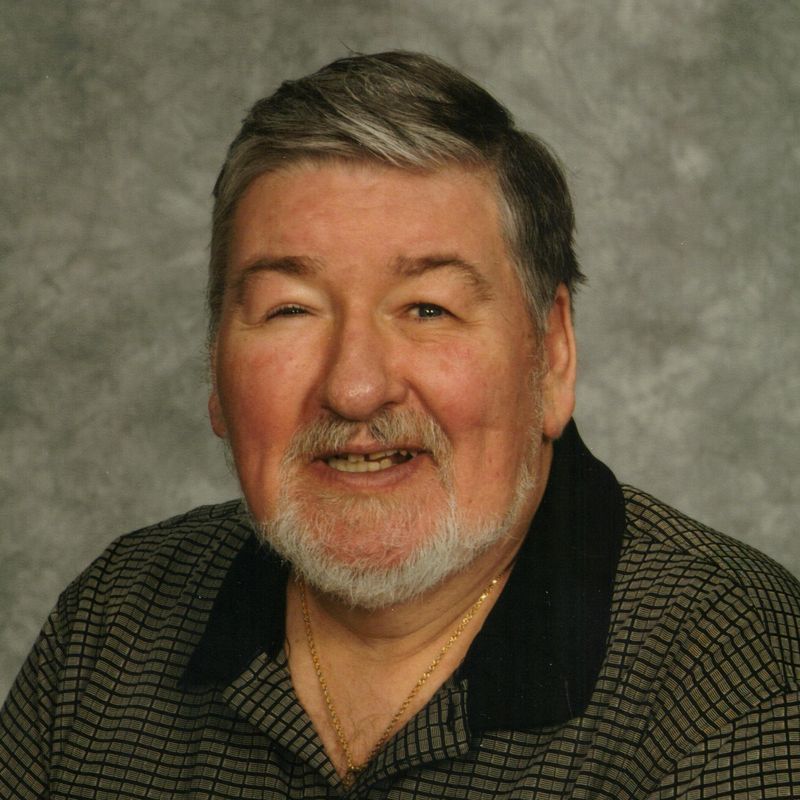 Joseph G. Rudnik, 67 of Mount Pleasant, passed away, Tuesday, February 14, 2017 at his home surrounded by his loving wife, Patty, niece, McKenzie and family. Joe was the son of the late Joseph W . and Nellie (Katic) Rudnik and was a life-long resident of Mount Pleasant Borough. He was an altar boy and a member of the former Transfiguration R. C. Church and current member of the St. Pius X Catholic Church.. In his youth , he played four years for the Mount Pleasant Little League with the Kiwanis Club team and two years for the Mount Pleasant Pony League with the Kosciuszko Club team coached by his late father, Joseph W. Rudnik.

He attended Transfiguration R.C. Church School and was a 1967 graduate of Geibel Catholic High School. He also graduated from the Institute of Computer Management (ICM) receiving a computer programming degree .

In 1969, he was drafted into the U.S. Army . He completed basic training at Ft. Gordon, Georgia and he also completed his Advance Training (AIT) at the same location in Military Police. From there he was assigned to Ft. Monroe, Virginia as a Military Policeman (MP). He served a tour of duty for 13 months in Central Korea, stationed in Taejon and volunteered for the MP Dog Platoon. During this time, he handled Pal and Chieftain for 9 months and was Commander of the Relief (COR) for 4 months. He received an honorable discharge in September, 1971.

Upon his return to the states, Joe began an extensive career with the Pennsylvania Liquor Control Board (PLCB) Wines & Spirit Shoppe, he began as a full-time clerk and progressed to Assistant Manager in 1979 and then to a General Manager in 1985; a position he held since that time, until retiring in 2006 after 35 years of service.

He joined the Mount Pleasant Volunteer Fire Department on March 20, 1973. He held the offices of Lieutenant , Captain, Chaplain, President, County Delegate and State Delegate. In April , 1990, Joe was elected Assistant Chief and had served continuously in that capacity for 15 years. He also served on numerous committees for the fire department.

In September 1985, he instituted the Fire Safety Education Program for Kindergarten, First and Second grade students in the Mt. Pleasant Area School District. This curriculum includes the "Stop, Drop and Roll" and other Safety Programs. This led to him being affectionately known throughout the community by his students and parents alike as "Fireman Joe". He also conducted fire safety education classes for other organizations.

Surviving are his wife, Patty Demagall Rudnik; mother-in-law, Yvonne Demagall of Mt. Pleasant; a sister Paula Klocek and husband, Joseph of Mt. Pleasant; ,sister-in-law, Linda Gowton and husband George of Mt. Pleasant, Brother-in-law, Jim Demagall and wife Pam of Acme and sister-in-law, Anita O'Neal and Don Williams of Mt. Pleasant; special nieces, McKenzie and Harley, which were his weekend daughters and numerous special nieces, nephews and great nieces and nephews that held a special place in his heart; special friends, Richard "Loopy" and Mary Loop and numerous aunts and uncles. The family would like to thank Excela Home Care and Hospice, especially, Lynn Adamrovich, Stephanie Yothers, Angela Sipple and Maria Gaudiano for there kind and considerate care.

Friends are invited from 2 to 8PM Friday to SALOOM-REGA FUNERAL SERVICE 730 W. Main Street Mount Pleasant where a blessing service will be held at 12 PM Saturday, followed by a Mass of Christian burial at 12:30PM in St. Pius X Catholic Church with Rev. Richard J. Kosisko as celebrant. Interment with military honors conducted by American Legion Post 446 Mt. Pleasant will follow in the Transfiguration Cemetery. Members of the Mount Pleasant Volunteer Fire Department will meet at 7PM Friday in the funeral home. In lieu of flowers contributions in memory of Joe may be made to the Mt. Pleasant VFD 100 S. Church Street Mt. Pleasant, PA 15666 or the Humane Society of Westmoreland County 1152 Route 119N Greensburg, PA 15601. Please visit Joe's online memorial at www.saloom-rega.com to sign the condolence guestbook. Richard Rega, funeral director.
To order memorial trees or send flowers to the family in memory of Joseph G. Rudnik, please visit our flower store.