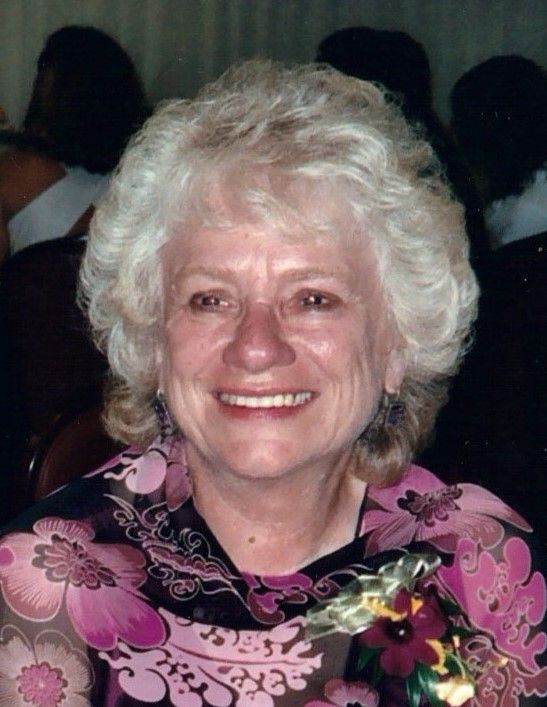 Mary was born January 18, 1932 in Fall River, MA the daughter of Joseph and Annie Davis Cyr. She graduated from High School and Nursing school in Fall River, then enlisted in the Navy Nurse Corps. during the Korean War, honorably discharged in 1956. Mary was a registered nurse employed by SCI Greensburg, retiring after 37 years. She was a member of the Partner Parish of St. John the Baptist Church, Scottdale, American Legion Post 240, Scottdale and the Red Hat Society.

Surviving are her children, Coleen Hodgkiss ( Leo) of Scottdale, Debra Lanager (Charles) of Greensburg, Brian Pfeifer of Alverton and Michael Pfeifer (Yolanda) of Virginia Beach, VA; grandchildren, Josh Hodgkiss, Marta and Sean Lanager; great grandchildren, Ember and Rylan Hodgkiss and a sister, Pauline Briere (Richard) of Somerset. In addition to her parents, Mary was preceded in death by her husband, James Pfeifer, a daughter, Patricia Erwin and brothers, Joseph and John Cyr.

Visitation for family and friends will be held from 6 to 8 pm Saturday and from 2 to 4 and 6 to 8pm Sunday at SALOOM-REGA FUNERAL SERVICE 730 W. Main Street Mount Pleasant where parting prayers will be held at 10:30am Monday followed by a Mass of Christian Burial at 11 at the Partner Parish of St. John the Baptist Church, Scottdale with Rev. Andrew Kawecki as celebrant. Interment with military honors conducted by American Legion Post 240 will be held in the St. John the Baptist Cemetery. A parish vigil wake service will be held Sunday at 7:45PM in the funeral home. In lieu of flowers, contributions in memory of Mary may be made to the St. Jude's Children's Hospital Memorial and Honor Gifts PO Box 1000, Dept. 142 Memphis, TN 38148-0142. Please visit Mary's online memorial at www.saloom-rega.com to sign the condolence guestbook. Richard Rega, funeral director.
To order memorial trees or send flowers to the family in memory of Mary Theresa Pfeifer, please visit our flower store.