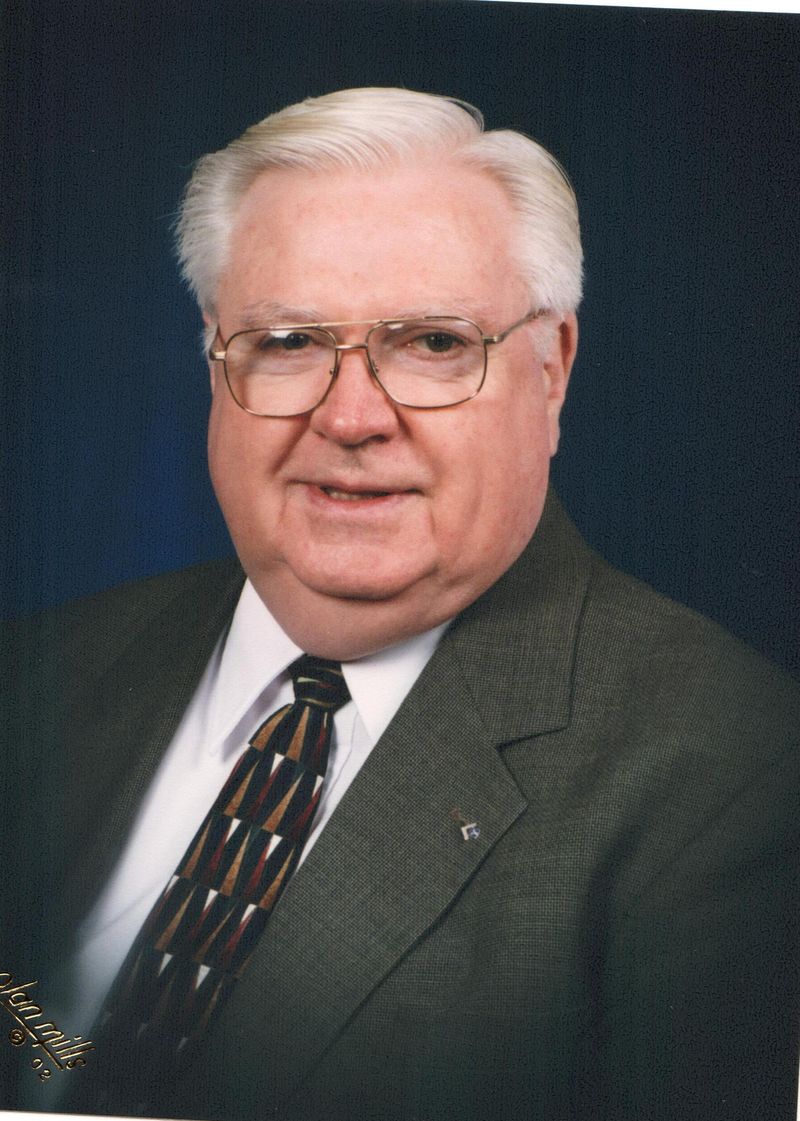 He was a newsboy at the age of 9 and a soda & drugstore clerk at the age of 13 for the late Elmer H. Grimm Sr. at his drug store in Herminie. Bill graduated from Sewickley Township High School in 1952 where he received the Rennslauer Award for highest achievement in math and science. He entered the University of Pittsburgh School of Pharmacy where after his freshman year, was honored by acceptance into Phi Eta Sigma (national honor society for high achievement during the freshman year). He was a member and president of Rho Chi Society (national pharmacy honorary society), PhiDelta Chi member (national pharmacy fraternity), served as president of his senior class and graduated magna cum laude in June 1956.

He, his wife Jo, and son David moved to Mount Pleasant in 1958 when he was employed by Rehanek and Gunsallus Drugstore . When Mr. Rehanek retired from the pharmacy in 1965 ,he joined Jack Gunsallus in the partnership, Gunsallus and Armor . In 1985, Mr. Gunsallus retired and Bill became sole-owner of Armor's Pharmacy. After 13 years in business, the pharmacy business was purchased by Thrift Drug and the business was closed.

Bill served on the Frick Hospital Board for over 25 years and the Frick System Board (parent board) from 1986 to 1997 and served on the Jacob Justice Free Medical board from 1962 to 2010. Bill was a 32nd degree mason and member of Marion Lodge #562 where he served as Worshipful Master in 1967. He was appointed to the Board of Directors of the First National Bank of Herminie in 1987 where he served until its merger with the Promistar Bank of Johnstown . He and Jo have been members of the United Methodist Church of Mount Pleasant since 1958.

He was always grateful of his loving wife of 58 years, Josephine, who survives him, also surviving are his son Dr. David Armor and wife Janet of Unity Twp., grandchildren David, Jr.,Jillian, Andrew and Hannah, and two great grandchildren, a sister, Jeri Dufford of CO, sister-in-law, Charlotte of Sarasota, FL and nieces and nephews. In addition to his parents, Bill was preceded in death by a son, Jason Kane Armor and a sister, Jessica Gaus. He was thankful for his wonderful employees at the pharmacy as well as his loyal and much appreciated patrons. He was often heard to say that living your life in southwestern Pennsylvania in general and the Mount Pleasant area in particular was great and life just didn't get any better than that.

Friends are invited from 2 to 4 and 6 to 8PM Thursday to SALOOM-REGA FUNERAL SERVICE 730 W. Main Street Mount Pleasant 724-547-2122 and from 10 to 11AM Friday to the United Methodist Church of Mount Pleasant 645 W. Main Street Mount Pleasant, PA 15666. where services will be held at 11AM Friday with Rev. Randy Landman officiating. Entombment will follow in the Westmoreland County Memorial Park. In lieu of flowers, donations in memory of Bill may be made to the United Methodist Church of Mt. Pleasant. Marion Lodge 562 will conduct a service at 6:30PM Thursday in the funeral home. Please visit Bill's online memorial at www.saloom-rega.com to sign the condolence guestbook. Richard Rega, funeral director.
To order memorial trees or send flowers to the family in memory of William R. Armor, please visit our flower store.